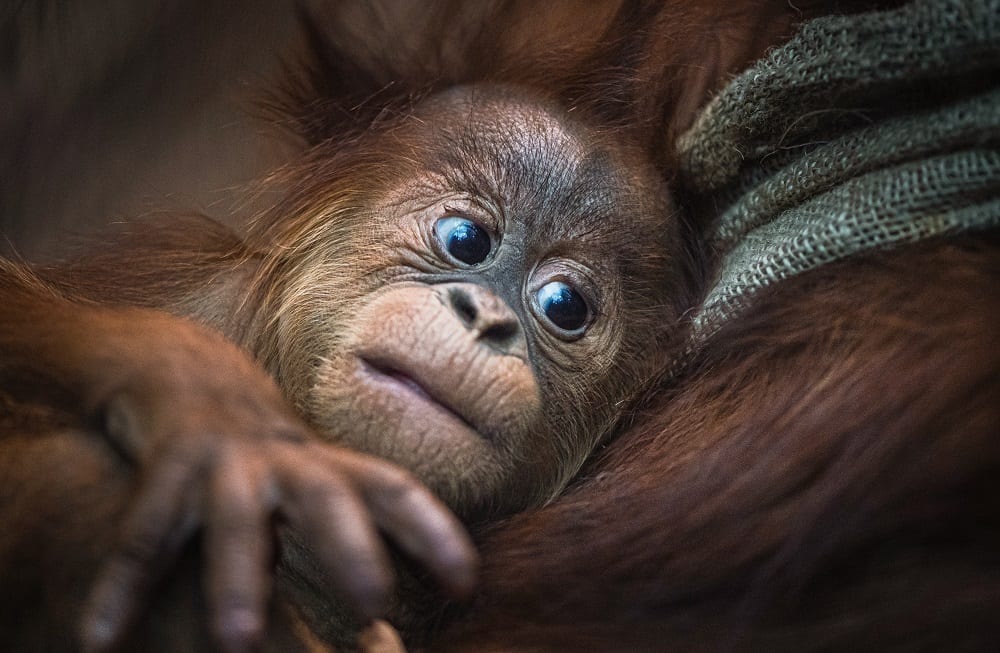 New figures, released today, show a grand total of 35,139 animals, from more than 500 of the world’s rarest species, were recorded during the yearly event. 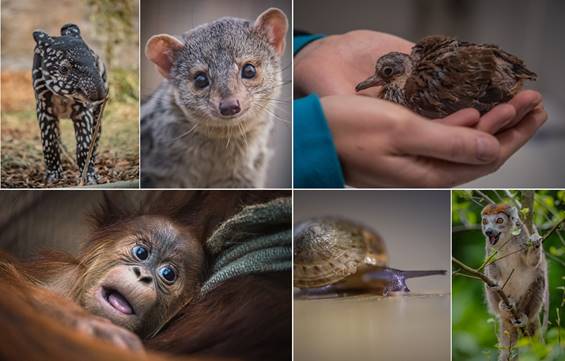 A year of important breeding successes of highly threatened animals resulted in thousands of births and hatchings at the zoo, including a critically endangered West African chimpanzee, Eastern bongo calf, Sumatran orangutan and thousands of Bermudian snails.

The wildlife charity also welcomed a host of new animal species to its latest state-of-the-art habitats, including three new lemur species, fossa and the world’s most threatened small carnivore, the Grandidier’s vontsira.

The astonishing figures were tallied up following weeks of counting by zookeepers – although the zoo’s smallest inhabitants like leaf cutter ants and bees were counted as single colonies.

“For the first time, the zoo is home to more than 35,000 individual animals –  more than we’ve ever cared for before.

“A host of vital births, along with some brand new species coming to the zoo over the course of last year have contributed to these record numbers. We saw the arrival of a critically endangered West African chimpanzee, an Eastern bongo calf of which there are only around 70 remaining in Africa and successfully hatched thousands of rare snails, ready for release in wild – as well as hundreds of others. We also welcomed some of the most threatened species found in Madagascar, including red-ruffed lemurs, black lemurs, crowned lemurs and fossa.

“The huge new figure is an absolute credit to staff at the zoo, who are working incredibly hard to prevent the extinction of a multitude of species.”

Required as part of the wildlife charity’s operating licence, the data gathered during the count will help to form future plans for international breeding programmes for the world’s most endangered species.

Liz Ball, Records Coordinator, is responsible for compiling information on every animal at the zoo. She added:

“Each and every animal, with the exception of our ant and bee colonies, has its individual information stored on a ‘passport’ which helps form the basis of carefully co-ordinated breeding programmes involving good zoos all around the globe. This passport shows vital data about the individual’s species, gender, where it was born and its family tree. All of this key information is then used to successfully pair up highly threatened animals to ensure a perfect genetic match and help boost numbers.

“The work of good zoos globally is providing a real lifeline for so many species on the brink of extinction and has never been more critical than right now. What we’re doing here in Chester, alongside our 80 field projects in more than 30 countries worldwide, is having a huge, positive impact on animals, their habitats and the communities co-existing alongside them. Without this integrated, one plan approach, more species would disappear off the face of the planet.”