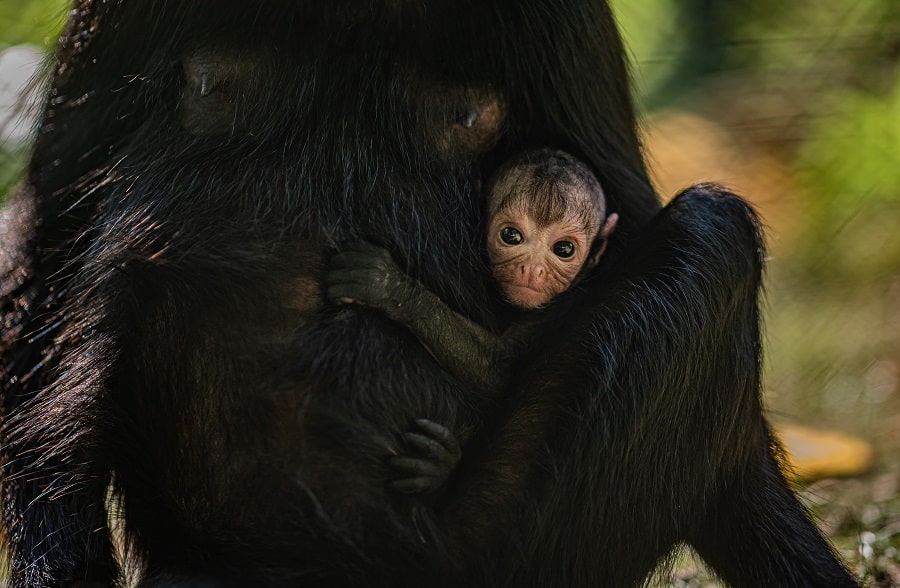 Chester Zoo Shares The Good News of Their Latest Arrival

Chester Zoo have released photos of their latest arrival, a rare spider monkey, a species considered in danger of extinction. Find out more from Chester Zoo here …

Chester Zoo is celebrating the birth of a threatened spider monkey.

The rare baby primate, a Colombian black-headed spider monkey, has been spotted being cradled in the arms of experienced mum, Kiara (11).

Colombian black-headed spider monkeys are considered vulnerable by the International Union for the Conservation of Nature (IUCN) and are at risk of extinction, with more than a quarter of its population estimated to have been lost in just the last half a century.

The South American primates are found mainly in Colombia and Panama where they are being increasingly threatened by hunting, illegal trafficking and the destruction of their tropical rainforest habitat.

Conservationists say the latest arrival at the zoo is an important boost to the international breeding programme, which is working to protect the species. 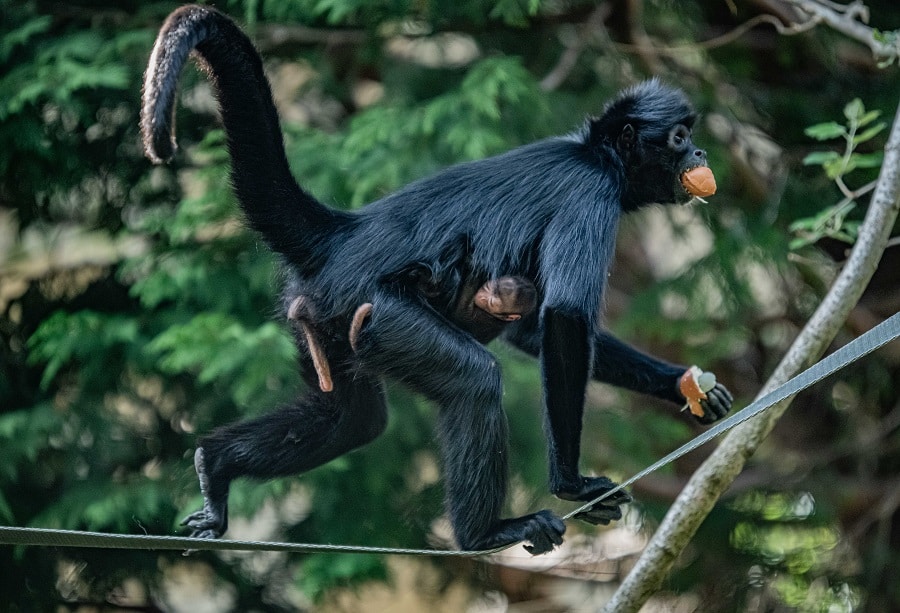 “Colombian black-headed spider monkeys are vulnerable to extinction and so Kiara’s precious newcomer is a great addition to the international breeding programme for the species.

“It’s fantastic to see Kiara cradle her new baby closely – she’s an experienced mum so has slipped right back into motherhood. The infant will start to venture off after around 6 months, but they’ll stay close to mum for about 12 months when the little one will be strong and confident enough to forage for food and climb independently. Keepers will be able to determine the sex once the infant starts to leave mum in a few months’ time.

“This species gets its name from its appearance – their long, narrow limbs, long tails and black fur make them look almost spider-like. Their tails are often longer than their bodies and can be up to 85cm long, which acts as an extra limb, allowing them to move between tree branches while collecting food with their hands.

“They’re incredibly agile and fascinating to watch, spending the majority of their time high up in trees, leaping up to a distance of nine metres. They can walk in an upright position and communicate through high-frequency whinny vocalisations.

“The social structure of a group of spider monkeys is quite different to most other monkey species and the group here at Chester has proved to be really important to our wider scientific understanding of the species. Numerous conservationists and researchers have studied the spider monkeys here – developing methods for recording behavioural data which they’ve then transferred and applied to vital conservation action in the field.” 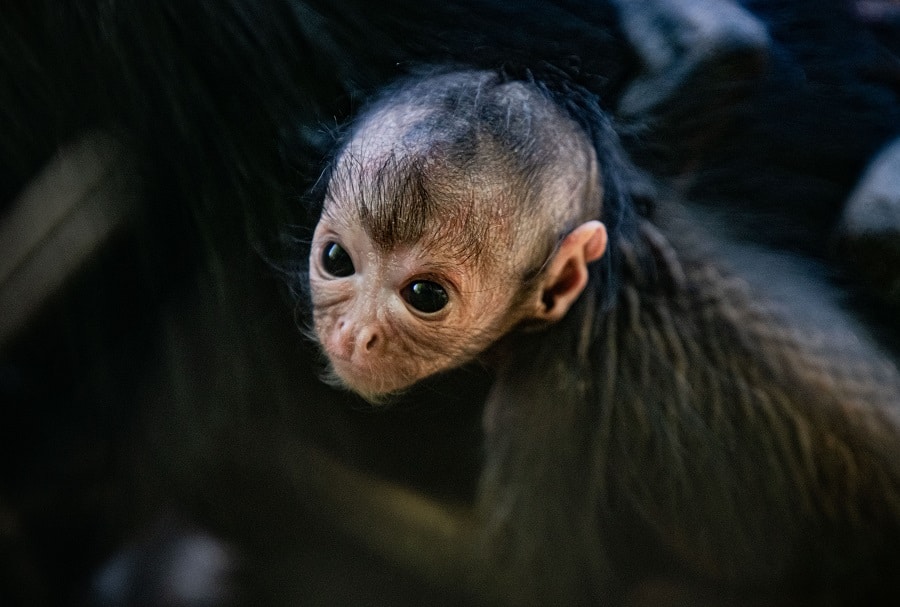