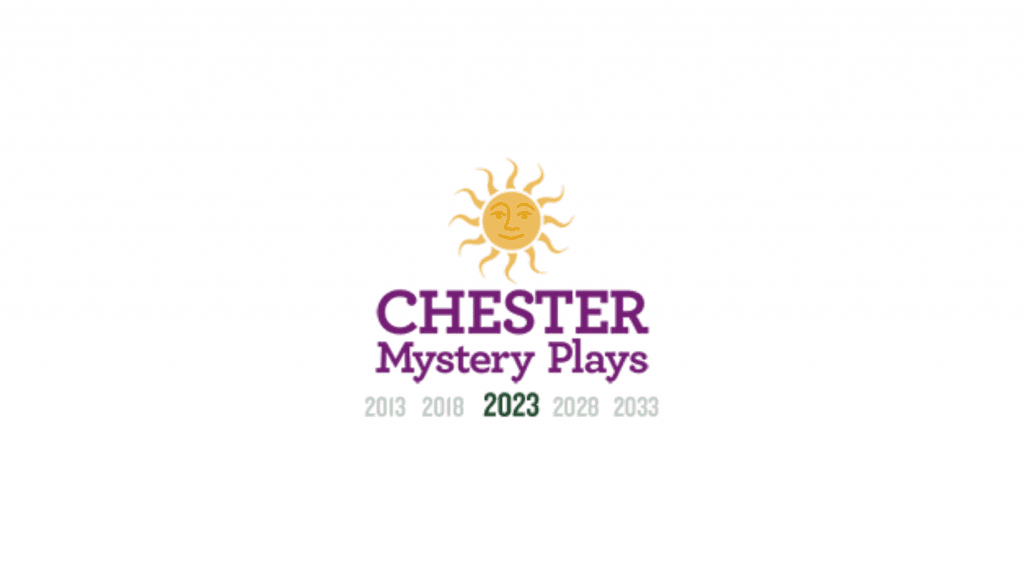 John Young, director of the critically acclaimed Merry Wives of Windsor at Grosvenor Park Open Air Theatre, will direct the plays in Chester Cathedral nave in the summer of 2023.

John said: “The Chester Mystery Plays are such an important part of the fabric of the city, with its rich medieval history.  The stories themselves are told with such a flavour of Chester and its people, I can’t wait to bring them to life for a modern audience.”

Matt Baker, who was awarded a BEM in the Queen’s Birthday Honours, has been appointed composer and musical director.  Artistic director of Theatre in the Quarter, Matt is well known for his Chester Mystery Plays scores having composed the music for every cycle since 2003.

Matt added: “Each Chester Mystery Plays cycle is unique because of the huge company, drawn from all over the county, who give up their time to be part of each amazing spectacle. I look forward to working with John on his vision for the medieval texts in a 21st century world.”

This is not the first time that John and Matt have collaborated.  Their ‘lockdown musical’ We’ll Meeint Again May 2020 was a global success.  The socially-distanced musical, filmed in Chester’s Garden Quarter and celebrating neighbourhood and friendship during the Covid-19 pandemic, was viewed online more than 400,000 times. Matt and John have also worked together on the successful Christmas Street film, also set in Chester.

The Chester Mystery Plays, based on well-known Bible stories including The Nativity, Noah’s Ark and The Crucifixion, is the largest regularly produced community event in the UK and will be performed in Chester Cathedral nave from June 28 – July 15 2023.

Originally believed to have been written in the 14th century by the monks of the Abbey of St Werburgh (now Chester Cathedral) scholars still argue that the Plays’ bawdiness and irreverence mean that they were the work of other hands.

In medieval times, the Plays were performed by the city’s Freemen and Guilds on pageant wagons around the city.   They were banned under Queen Elizabeth I for ‘Popery’.  The modern revival dates to the Festival of Britain in 1951.

The Chester Mystery Plays Board was established in 1986 and since then the plays have been performed in Chester once every five years.

Chairman of Chester Mystery Plays Ian Sanderson said: “We are delighted to announce John as the director of the next production.  John has made his mark in the region with his work at Storyhouse, Theatr Clwyd and the Grosvenor Park Open Air Theatre and he is the perfect fit for our vision for 2023.”

“It is always a delight to work with Matt Baker.  Music has always played a very important part in the production and he has such an inimitable way of engaging each and every one of our community company.”

Dean of Chester Cathedral Tim Stratford added: “I was appointed Dean in 2018 which happened to coincide with the last cycle of the Chester Mystery Plays at the cathedral.

“I was overwhelmed by the production with its huge community cast of volunteer actors, musicians and backstage crew.  I am delighted that our magnificent nave will once again be the backdrop to this unique and historical event, bringing both locals and city visitors into the cathedral.”

Auditions for the 2023 cycle will be announced in 2022 and everyone who auditions will be guaranteed a part.

PrevPreviousChester May Be a Culinary Hotspot – But There’s so Much More!
NextOne Last Chance to Get Some Tip Top Theatre MemorabiliaNext